The Power of Your Thoughts by Dr Joe Dispenza 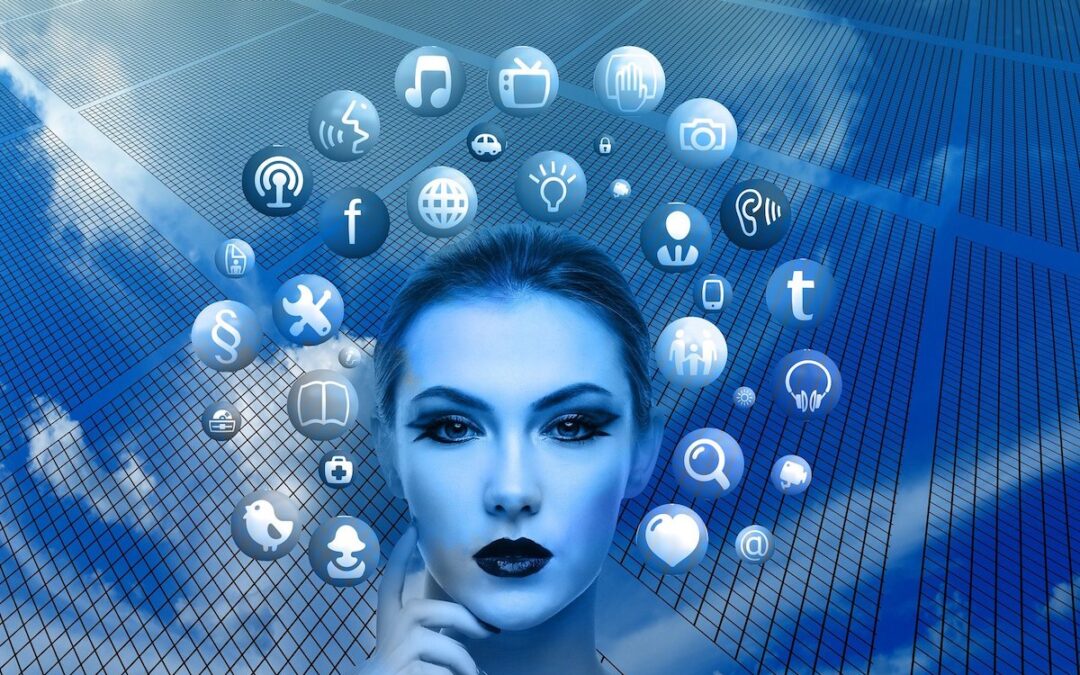 Dr Dispenza holds a degree in biochemistry from Rutgers Univ, with an emphasis on neuroscience.  He was a featured expert in the movie “What the Bleep Do We Know?” and has visited over 24 countries around the world teaching thousands of people how to reprogram their thinking using proven scientific principles.

Listen To Joe Dispenza Explain The Science Behind The Power Of Your Thoughts, And How Your Thoughts Can Not Only Heal You, But Help You Create The Life You Want.

Power of Your Thoughts

My name is Dr. Joe Diszpenza. I wanted to take a moment to introduce myself. I have a background in Biochemistry. I have a degree in Neuroscience. I also have a degree in Chiropractic and my postgraduate training is in neuroscience, brain function, brain imaging, longevity, memory formation and learning.

In this 5 part audio series, you’ll learn how your personality creates your personal reality. You’ll understand that the greatest habit you have to break is the habit of being yourself. We’ll also discuss and give you some tools to understand how you can be your own placebo and heal by thought alone.

Now I think, for most people, in order for us to wake up, we need a wake-up call.  In 1986, I got the call. I was in a triathlon in Palm Springs. I was in the biking portion of the race. I was making a turn to merge with some other cyclists and I got hit by a four-wheel drive Bronco going about fifty-five miles per hour.

When I landed, I broke six vertebrae in my spine and some of those vertebrae compressed my spinal cord and the arch that the spinal cord passes through was broken like a pretzel. So the typical procedure for something like that is a radical surgery called the Harrington rod surgery.

After four opinions from four leading surgeons in Southern California, I decided to not have the surgery and to see if I was able to heal myself by thought alone.

This began my journey in really looking at these concepts of quantum physics and neuroplasticity, psycho-neuroimmunology and even epigenetics.

“all of these sciences point the finger at possibility… that we come pre-loaded with biological machinery to create the life we want and to heal ourselves…how do we do it?

And why is this so relevant to us? Because if we begin to see and examine that all of these sciences point the finger at possibility and that we come pre-loaded with all the biological machinery to create the life that we want and to heal ourselves, then the next step is: how do we do it?

So after I had my own personal healing and I was back on my feet, living a normal life without surgery, I started to ask some important questions, more spiritual questions like:  Who am I? What is life all about?

What happens when we change?

Why is change so hard?

“I traveled to seventeen different countries and researched this concept called spontaneous remission.”

What is it that causes people to be treated conventionally or unconventionally and, all of a sudden, after a period of time, they get better?

So, I wrote my first book called “Evolve Your Brain: The Science of Changing Your Mind” and in that book, I discovered four principles that these people actually embrace that allowed them to heal.
After I wrote that book, there was a movie that came out called “What the Bleep Do We Know” and that became a very popular documentary about creating the life that we want. But the most common question people asked after that movie is,

“How do we do it? How do we apply these principles?”

So I wrote my second book called “Breaking the Habit of Being Yourself: How to Lose Your Mind and Create. New One” and that book is a companion book to ‘Evolve’ and it really gives people the necessary tools to begin to practice personal change in breaking the habit of the old self and really truly reinventing the new self.

As a result of that, we started teaching workshops and conferences all over the world and we really began to see significant changes in people’s lives and in their health. People were healing themselves of M.S. and lupus, of serious cancers, of diabetes, chronic pain, and even rare genetic disorders medical science had no solution for.

People were healing themselves of M.S. and lupus, of serious cancers, of diabetes, chronic pain, and even rare genetic disorders…

and people were creating the life that they wanted…

Also, people were creating the life that they wanted and I realized that, if we were able to use the same principles that I discovered in “Evolve Your Brain” —those four principles—if we use them on sick people, as well as well people, could they begin to create the life that they wanted.
So we started to see, after a couple years, people making significant changes not only in their health but in their life and healing some past scars and wounds that kept them stuck in old patterns and old beliefs.

That caused me to write my third book called “You Are the Placebo: Making Your Mind Matter.” The concept of giving someone a sugar pill or a saline injection, or performing some false surgery or procedure, and a certain percentage of those people accept, believe and surrender to the thought that they are getting the real substance for treatment and begin to program their autonomic nervous system to make their own pharmacy of chemicals that matches the exact same chemical or treatment that they’re getting, began to cause me to look more deeply into the concept of healing by thought alone.

Once we understand the science of how the placebo works, then we should be able to teach it to people.

And that’s exactly what we’ve learned

And I think that, once we understand the science of how the placebo works, then we should be able to teach it to people. And that’s exactly what we’ve learned over the last two years, that all of this information is teachable.

And so, in this audio series, I’ll talk extensively about how your personality creates your personal reality. I’ll briefly show you that we think 60 to 70,000 thoughts in one day and most of those thoughts are the same thoughts as we thought the day before.

We’ll talk about how we can go from thinking to doing to being and begin to master these philosophical concepts.

I’ll demystify the concept of meditation and talk about brain waves so you understand when you go into a meditation, when you’re there and when you’re not. I’ll make it so simple for you that you’ll begin to have a direct experience in your life if you begin to apply it. So my job then is to inspire you to apply all this information.

Prize Laureate, Kandel,  found that when people learned just one bit of information, they double the number of connections in their brain from 1,300 connections to 2,600 connections

Physical evidence as a result of their interaction in the environment.  So all this information that people learned—philosophical, theoretical, scientific, spiritual information, but the real question is “what are you going to do with it?”

So if you take that information and you apply it or you personalize it, if you can demonstrate it, if you can modify your behavior in some way and do something differently, you’re going to have a new experience.

Now, when you’re in the midst of an experience, all of your five senses plug you into the external environment. And, as all of your senses are gathering all of this vital data from your external world, all that information rushes back to your brain and causes jungles of neurons to organize themselves into networks and patterns, reinforcing the philosophical information. The moments those neurons string into place, another part of the brain makes a chemical and that chemical is called a feeling or an emotion.

But when you can apply that information, get your behaviors to match your intentions and let your actions equal to your thoughts,

when you get your mind and body working together, that’s when you have the new experience.

It enriches the circuits in your brain and then you feel compassion, you feel like a leader, you fee l successful, you feel more like a patient parent, and that’s when you begin to teach your body chemically to understand what your mind has intellectually understood.

So we could say that knowledge is for the mind and experience is for the body and, in that moment, you are embodying knowledge and you’re literally signaling new genes in new ways and you’re changing your biology.

Now when the mind and body are working together or the body knows how to do it as well as the mind,

It’s becoming automatic; it’s now enating you. You’ve practiced it so many times that you no longer have to think about it.

So our job then is to go
from philosopher to initiate to master
from mind to body to soul
from knowledge to experience to wisdom
from thinking to doing to being.

You and I have all the biological and neurological machinery to do this. So in the next audio I’ll talk about how your personality is intimately connected to your personal reality. And if you believe in the idea that your thoughts have something to do with your destiny, something to do with your life, we’ll begin to look at why  the same thoughts that you think, keep creating the same life.

It is interesting that science has become the contemporary language of mysticism, science demystifies the mystical, and that

So I invite you to begin to become conscious of how you think. Begin to become aware of how many of the same experiences that lead to the same behaviors that ultimately create the same emotions in your life and begin to decide if you want to create a new life that you may have to change some of those. Just look at them and observe them. Becoming conscious is the first step. Thanks for listening.

(come back for the next post in this 5 part audio series with Dr Joe Dispenza, as he shares more wisdom, and tools you can use)

Dr Joe Dispenza is an author, scientist/researcher, teacher. He holds a degree in biochemistry from Rutgers Univ, with an emphasis in neuroscience.  He specializes in neurology, brain science, memory formation, aging and longevity.

Do You Want to Start Using the Power of Your Mind? Get in touch for an Introductory Session.