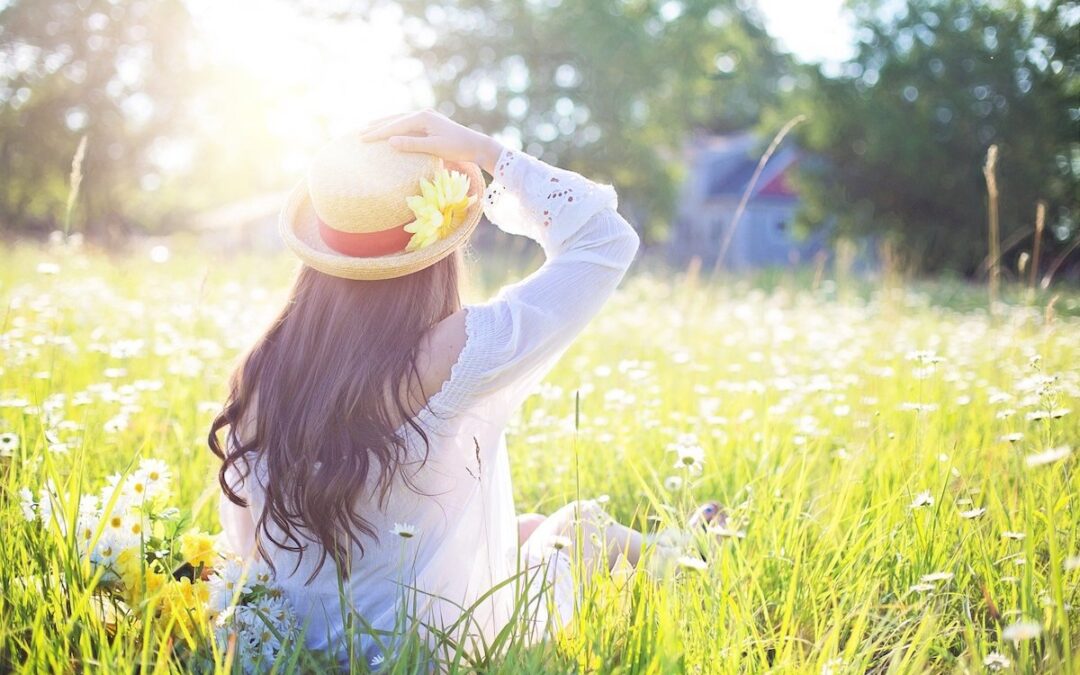 Dr Dispenza holds a degree in biochemistry from Rutgers Univ, with an emphasis on neuroscience.  He was a featured expert in the movie What the Bleep Do We Know? and has visited over 24 countries around the world teaching thousands of people how to reprogram their thinking using proven scientific principles.

Listen to Joe Dispenza  as he shared how we create, and can stop, self imposed limits of the mind.

Hi, I’m Dr. Joe Dispenza. I want to take some time in demystify the concept of meditation. Once you understand the ‘what’ and the ‘why’ to meditation, the ‘how’ becomes easier.

’m the author of three books:

‘You Are the Placebo: Making Your Mind Matter,’ ‘

Breaking the Habit of Being Yourself: How to Lose your Mind and Create a New One’ and my first book was called ‘Evolve Your Brain: The Science of Changing Your Mind.’

I have a background in neuroscience; I also have a Doctor of Chiropractic degree.
My postgraduate training has been in brain function, memory formation, brain imaging, and the biology of epigenetics and this concept called neuroplasticity, which really says that we’re changed by every new thought we think, every new choice we make, every new behavior we demonstrate, every new experience we have, every new emotion we embrace, there’s biological and physical changes that take place in our brain.

…biological and physical changes take place in our brain.

transformation should be in their body, in their mind, or in their life.

And so I’ve had the opportunity and privilege to witness transformation all over the world and I can tell you that in every culture, transformation looks exactly the same.

When people are literally liberated from the chains of their own self-imposed limitations, the side effect is true freedom and true joy.

And so it’s been my honor and my privilege to really witness and participate in watching people really apply these principles to make measurable changes in their life.

Now, in the last two audios I spoke specifically about how we have all the biological and neurological machinery to go from thinking about something to doing something with it, to finally becoming a master of being it. To take knowledge, bring it into experience and ultimately, do it so many times that we have the wisdom to know how to do it over and over again.

Which means, if you wanted to create a new life, you’d have to change how you think, how you act, or how you feel.

And when you begin to make those changes inwardly, you should be able to measure or see some effects somewhere in your body or in your life.

I want to take a little bit of time and talk to you about how I got involved in all of this but, before I do that, I just wanted to take a minute and acknowledge all those people that are actually doing it. I love your comments. I love the fact that you’re making the effort to cross that river of change that we talked about.

In 1986, I was run over by a truck in a triathlon; I was coming up to a corner and there was a police officer on the corner and I was passing two bicyclists and he was pointing at me and he was waving me on to make this turn. And, as I merged past these two cyclists, the problem was that the police officer had his back to the oncoming traffic so, as I made the turn, a four-wheel drive Bronco catapulted me out of my bicycle and I landed squarely on my back.

As a result of that, I wound up breaking six vertebrae in my spine. When you land hard on your back or on your butt, the compressive force takes the columns of these vertebrae, these blocks, and compresses them like pancakes and so I had broken six vertebrae in that fashion called compression fractures.
Now when you compress matter like that—or mass—and you flatten it out, the volume of that matter has to go somewhere and, in my case, went back onto my spinal cord. So I had multiple compression fractures of my spine in six vertebrae and I had bone fragments on my cord. One of the vertebrae was more than 60% collapsed and when it collapsed, the neural arch, the arch that contains the spinal cord, broke like a pretzel so I had cord compression.

So I had multiple compression fractures of my spine in six vertebrae and I had bone fragments on my cord.

Now the typical surgery for something like this is a radical surgery called the Harrington rod surgery, where they cut out the back parts of the vertebrae and in my case, it would be the base of my neck to the base of my spine and then they screw in these long stainless steel rods and when they screw the screws into these rods, the force of the screws cantilevers the spinal column off the spinal cord and they were hoping that it would reduce the amount of pressure on my spinal cord.

At that time, I was facing a lot of neurological problems and I was in severe pain and I had a lot of numbness. So I had four opinions from four of the leading surgeons in Southern California and, after four opinions,  I decided to not have the surgery.

And so I had this idea in my mind, that kept saying to me over and over again, “The power that made the body heals the body.”

And so I had this idea in my mind, at the time, that kept saying to me over and over again, “The power that made the body heals the body.” I didn’t know what that meant to the degree that I know now but I understood that there is an intelligence that’s giving us life in each and every one of us.

It’s the same intelligence that’s keeping your heart beating right now and digesting your food and organizing hundreds of thousands of chemical reactions in one cell of your body in one second that you’re losing ten million cells every second and you’re making another ten million.

So I wasn’t going anywhere, doing anything, I was basically laying face down. I made two decisions.

In other words, if it was up to me to take care of all these bodily functions, I probably wouldn’t survive so it wasn’t my job. My job was to surrender to a greater mind that could do it better than me.

The second thing I thought about was that I wasn’t going to let any thought slip by my awareness that I didn’t want to experience.

The second thing I thought about was that I wasn’t going to let any thought slip by my awareness that I didn’t want to experience. Well, both of those things sound really easy but the problem was I realized very quickly that I couldn’t get my mind to do what I wanted it to do and secondly, I didn’t have the focus to maintain a very complete model.

So when we’re living in stress, we’re living in survival, and we’re always preparing ourself for the worst thing that could happen in our life because, anything less, we have better chances of survival.

So instead of selecting the optimal outcome for myself, I was selecting the thing that probably would be working against me. So for six weeks, I went through absolute hell because I couldn’t do what I wanted to do.

After about six weeks of my own personal torment, things started to get easier and I noticed in a very short amount of time that I was able to do what took me three hours to reconstruct my spine I was able to do it in my mind, in about 45 minutes.

And I knew, after a period of time that something was happening in my brain and body that I was firing and wiring new circuits in my mind and, at the same time, I was sharpening my ability to pay attention. And it turns out that attention is a skill, just like golf or tennis: the more you practice being present and paying attention, the better you get at it.

So, at six weeks, things changed; I started to notice that it got easier for me. I noticed the pain in my body diminished drastically. I also noticed that the numbness and the neurological changes were diminishing very rapidly and I started to see what I was doing inside of me was producing some effect outside of me and so, then, I started paying attention to what I did, and I did it with more passion and more excitement.

And so I was back on my feet in ten weeks and walked back into my life,

but I made a deal with myself. That deal that I made with myself in those lonely nights was that if I was ever able to walk again, I’d spend the rest of my life, studying the mind-body connection or ‘mind over matter’ and so since that point, I’ve been pretty interested in demystifying some of these concepts, really looking to see if every human being has the ability to heal themselves.

That deal that I made with myself in those lonely nights was that if I was ever able to walk again, I’d spend the rest of my life, studying the mind-body connection or ‘mind over matter’

and I started to study spontaneous remission

So that kind of got me started on my first book and I started study spontaneous remissions, where I was looking at people that were diagnosed with health conditions. They were treating conventionally or unconventionally. They were staying the same or getting worse and, all of a sudden, they got better and I wanted to know what the cause was that produced that effect.

So I wrote my first book ‘Evolve Your Brain’ and, as a result of the first book, manypeople started asking the same question, “Well, good information, but how do you do it?”

We were merging the concepts of quantum physics and neuroscience and neuro-endocrinology and epigenetics. We wanted to show that, for the most part, that people can create the life they want and we were inspiring them to actually do it.

But people wanted to know how to do it.

So we started teaching conferences and workshops around the world and I wrote my second book called ‘Breaking the Habit of Being Yourself’ which is a how to book. From that point, I think, is when the miracles started happening and we started seeing people healing themselves of M.S., and lupus, and cancer, and diabetes, and rare genetic disorders, and traumatic brain injuries, Parkinson’s disease, uterine fibroids, thyroid conditions, other endocrine conditions.

They were creating relationships or the jobs or the opportunities that they wanted by just changing their personality.

This started the journey for me because I was interested in beginning to measure some of those changes and so we brought in a team of scientists and researchers and we teach these events and workshops around the world and our interest is to measure transformation.

And my theory is, that if we can measure transformation in the brain or in the heart, or in the field around people’s bodies, or genetic changes—and we’ve done all those things—

then people will begin to understand that it’s possible for them to do the same.

(to be continued in the next audio post with Joe Dispenza…)

Dr Joe Dispenza is an author, scientist/researcher, teacher and featured expert in the movie What the Bleep Do We Know. He holds a degree in biochemistry from Rutgers Univ, with an emphasis in neuroscience.  He specializes in neurology, brain science, memory formation, aging and longevity.